Brent Council is set to move ahead with preparatory work for the new development on Kilburn Park Road. This comes after months of hard fought battles by your Maida Vale Councillors trying to halt the development of 133 flats on the current green space.

“We are sorry that we have been unable to prevent the development from starting – a clear and unfortunate case of Brent Council thinking it ‘knows best’ and disregarding the stated will of local residents,” said Cllr Jan Prendergast.

The Maida Vale team had continued to raise concerns about the development at the highest level, taking your concerns to Thames Water, the Greater London Authority, the Deputy Mayor of London, Transport for London and a number of lawyers to try and stop the development. Speaking about the team’s efforts Cllr Alastair Moss commented, “We considered every legal avenue but sadly we were unable to find anything with a realistic prospect of success.”

The  Maida Vale Team has now shifted its focus to reducing the impact of this development on local residents. The three year project has been broken down into three stages beginning with preparatory work to create a four way stop. This stage has begun and will continue into the spring of 2011. Once the preparatory stage is completed the site will be handed over to the London & Quadrant Housing to begin work on building the flats. These flats will be ready to be occupied by early 2013.

“It’s really important that we try to mitigate the effect on local residents wherever we are able,” said Cllr Lee Rowley. “Brent will be forced to adhere to strict building regulations and consideration or nearby residents. If you have any complaints or issues with how Brent are acting over the next few months please do not hesitate to get in touch.” 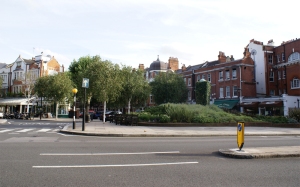 Your Maida Vale Councillors are pleased to inform that planning permission for Vodaphone/O2 phone masts which would have been placed at the junction of Elgin Avenue, Lauderdale Road and Castellain Road has not been granted.

The decision was made at a meeting of Westminster Council’s Planning Committee last Thursday (7th October). During the application process many local residents expressed deep concern over the proposed addition of a 10 meter mast in the middle of Maida Vale. Cllr Alastair Moss said, “a phone mast in this prominent residential location would be a blight on the Conservation Area”

Cllr Jan Prendergast represented the Maida Vale Councilor team and local residents and spoke at the committee to present the reasons behind the public opposition.

The planning committee agreed that the application could not be justified in an area of conservation. As a result, planning permission was refused and the mast under application will not be built.

For the moment, therefore, the prospect of a mast has gone away. However, there is a good chance that the phone operators will be back with another, slightly amended, application in the next few months 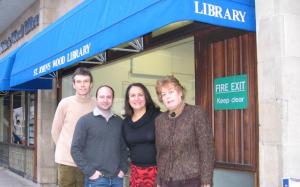 Ward Budgets are now in their third year, providing the opportunity for local people to spend money on local services. £50,000 has been allocated to each ward across the City of Westminster.
The emphasis is on community spirit and engagement. Following feedback from residents and having reviewed past projects our plans for this year include IT Drop-in Sessions at St John’s Wood Library, and weekly Painting & Drawing Classes for the over 50’s. In addition Christmas lights in the High Street will return this December, jointly funded with Abbey Road, our neighbouring ward.

Other projects under consideration include cultural trips, hanging baskets in and around the High Street, a Book Club and green initiatives of gardening and allotment facilities. If you have any suggestions on other potential activities please get in touch. 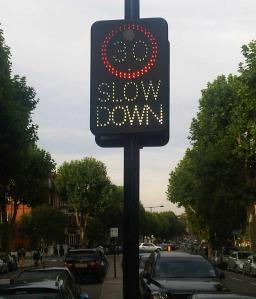 Following the successful introduction of illuminated speed control signs in Randolph Avenue, your local Conservative councillors have expanded the scheme to a number of other roads in Little Venice.

“Many residents in Little Venice have told us about their concerns about speeding cars in the area,” explained Cllr Melvyn Caplan. “We have used part of the council’s ward budget to enable more signs to be put up in Sutherland Avenue, Warwick Avenue & Shirland Road.”

Cllr Caplan added that with many families with young children and also many elderly residents, evidence has shown that these signs will reduce the speed of cars travelling through the area and protect our local residents

SUPPORTING THE ELDERLY IN DIFFICULT TIMES 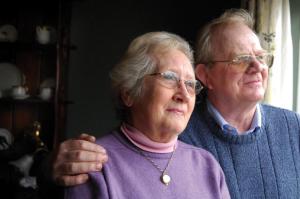 Your Councillors have been using their dedicated ward budget on supporting the elderly. A number of day trips (the next being to Bletchley Park) have been arranged and regular lunch clubs take place in Pickering House on Hallfield Estates. More detailed information can be obtained from the Hallfield Estate Office.

Elsewhere, hanging baskets have been sponsored in Craven Terrace and preparations are now in hand for the return of the Christmas decorations in Queensway and Westbourne Grove.

Ward Councillors are also supporting a series of Art Classes as well as providing our senior citizens with training in how to use computers and the web at the Paddington Library.

Finally, to enhance security in the area, your Councillors have funded extra police over weekend evenings to provide regular patrols around Queensway and other key areas. 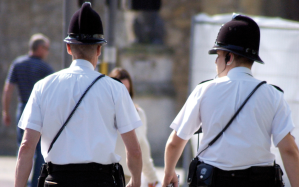 This year we have fought robustly to secure improvements with our local Safer Neighbourhood Police Team (SNT) to help tackle the unusual surge in anti-social behaviour that occurred earlier this year, where residents and pupils of the American School were subjected to some frightening attacks.

With the support of Kit Malthouse, Conservative Deputy Mayor, we have been able to secure four more uniformed police officers for the Abbey Road along with a change in shift patterns.

We are delighted to report closure on this issue. You will be witnessing a vastly more visible police presence on the streets at the times that matter in the coming academic year.

We encourage more residents to support these efforts by joining their local  Safer Neighbourhood Panel.

PLANNING FOR THE CARNIVAL PAYS OFF 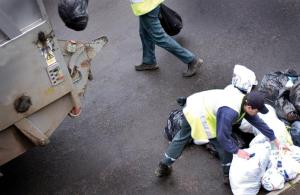 Bayswater Councillors have welcomed the traditional ‘post Carnival’ clean up after this year’s Notting Hill Carnival celebrations. Each year Westminster Council collects more than 100 tonnes of rubbish over the weekend – and planning for it starts months ahead.

Councillor Brian Connell was pleased by pro-active raids by the Police. “Each year we see some trouble in our community over Carnival weekend – but with Operation Razorback, the Police were trying to take trouble-makers off the streets before they arrived at Carnival.

“Problems like street urination, vandalism and graffiti always appear at Carnival time – do leave an unwelcome mark on Bayswater long after carnival has gone.  However, with arrests down again, we should be pleased that the planning this year has paid off.”